In November last year we reported that the US state of Michigan was experiencing a cement shortage brought about by the harsh winter the previous year, which caused delays to transportation and shortened the construction season. Now St Marys Cement, part of the Brazilian Votorantim group, is reportedly considering whether to expand capacity at its Charlevoix plant in Michigan or re-establish production at its Dixon, Ill plant, which stopped producing cement in 2008 and has since been used as a distribution terminal.

Should the decision to invest in either plant go ahead, it would be the latest in a string of investments announced by cement manufacturers in North America. Most recently, Cemex has announced plans for a new production line at its plant in Odessa, Texas. Buzzi Unicem is expanding capacity at its Maryneal plant, also in Texas, while Lafarge had previously announced projects in New York and Alberta, Canada. This is in addition to the greenfield plant planned by McInnis Cement in Quebec. All in all, this trend towards greater investment in the cement industry is in line with the PCA’s growth forecast of about 8% over the next few years.

Read the article online at: https://www.worldcement.com/the-americas/14012015/st-marys-cement-considers-us-investment-options-139/

Data released by the USGS reveals that shipments of Portland and blended cement in the US and Puerto Rico increased by 10% y/y in October 2014 to reach 9.6 million t.

Both coal and limestone trade fell on the Great Lakes in November 2014 due to harsh weather conditions; the Lake Carriers’ Association has called for a second heavy icebreaker to help keep shipping lanes open during freezing weather. 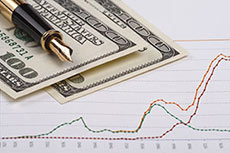 A report from business intelligence firm IBISWorld suggests that cement prices are likely to continue rising over the next three years, albeit at a slower pace.

Titan America’s Roanoke and Pennsuco cement plants have been recertified by the Wildlife Habitat Council under the ‘Wildlife at Work’ category.