It has been announced that Joe Acetta, the current President of Kalenborn Abresist Corporation, will be retiring in May 2016.

Mr. Acetta joined the company as Vice President of Sales in 1983, and became President in 1990. He has held the role for 26 years.

He graduated in 1973 from Northwestern University. Before joining Kalenborn Abresist, he worked for ten years in Sales and Abresist Product Management for M.H. Detrick, an early Joint Venture Partner in Kalenborn Abresist Corporation.

Read the article online at: https://www.worldcement.com/the-americas/01032016/kalenborn-abresist-president-to-retire-602/

Caterpillar has announced further personnel changes and consolidation of divisions.

PPC has announced the redeployment and promotion of a number of its staff members. 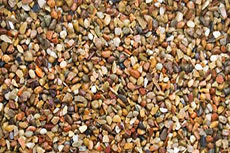 Aggregates company Kelkay has appointed Barrie King to the position of logistics manager.