Cementitious alternative geopolymer, Blue CreteTM, from Florida-based Blue World Crete, has been declared a ‘natural’ alternative to ordinary Portland cement. The so-called ‘green cement’, previously reported on earlier this year, has reportedly undergone testing by some of the leaders in the worldwide cement industry, who are now negotiating with Blue World Crete for the rights to use the technology.

According to a press release from the company behind the product, Blue Crete has twice the compression strength of Portland cement and three times the tensile strength. Although the full details of its composition have not been released, the press release states that Blue Crete can be manufactured in portable plants simply by mixing a natural, "green" marine based, fully sustainable, catalytic material, (their "secret" powder) with natural aggregates and a little water; no heating or large kilns required.

"The two hundred year old Portland model of baking limestone is a large, expensive, and pollution filled process that, in time, will be as extinct as the dodo bird", says Mr. Art Galietti, COO of Blue World Crete Inc. He adds that the portable plants can be set up in remote areas without the costly investment required by the conventional cement manufacturing process. Galietti also suggests that the new process could be an advantage to large consumers of cement who wish to make their own cement.

Blue World Crete report that their product looks like ordinary Portland cement and can be distributed in the same way. Its set time is uniquely adjustable without the use of any additives: from 15 minutes to 24 hours and anywhere in-between. The product is also suited to pre-cast work because it can be de-molded in just a few hours. The product has been designed to look, feel, and work just like Portland cement. Blue World Crete also report that it is economically competitive and in many cases, less expensive than Portland cement. The product meets and exceeds ASTM standards. Third party ASTM tests and video examples of the product in action can be found on the company’s website.

Read the article online at: https://www.worldcement.com/the-americas/28032012/alternative_cement_greener_stronger/ 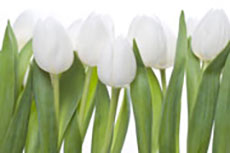 Novacem, the carbon negative cement company, today announced the first closing of its Green Cement Bond, together with the participation of Lafarge, the world leader in building materials, as the first subscriber.