HeidelbergCement plans to expand its Biodiversity Action Plan in line with its increasing presence in Africa and Southeast Asia. The cement manufacturer has developed a Biodiversity Conservation Programme for Europe in cooperation with BirdLife International, a programme that will be expanded to address Heidelberg’s cement and aggregates operations in Asia-Pacific and sub-Saharan Africa.

The company announced the plans at the BirdLife World Congress in Ottowa, Canada. HeidelbergCement also previewed the latest book in its quarry life biodiversity series, Birds in Quarries and Gravel Pits. This volume was produced in cooperation with BirdLife International, and follows previous books dedicated to dragonflies and orchids. The film Giving Nature a Second Chance, a further result of the partnership between HeidelbergCaement and BirdLife, was also premiered at the event. This was filmed at HeidelbergCement’s quarry in Lengfurt, Germany, and depicts the implementation of the company’s biodiversity management plan at the site.

Read the article online at: https://www.worldcement.com/the-americas/21062013/heidelbergcement_birdlife_expand_biodiversity_programme_198/

The Nigerian cement producer has partnered with the Ministry of Environment to support the Council held in Benue State earlier this month. 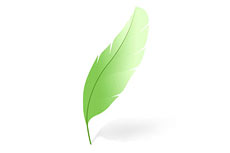 Lafarge Canada will support the zoo’s Centre for Conservation Research.

Norcem has awarded Aker Solutions a contract to test and study the capture of carbon dioxide from flue gas.

Cemex continues to collaborate with wildlife partners to highlight key conservation issues and the book initiative’s work over the last two decades.