The new ‘World Cement & Concrete Additives Market’’ report released by Freedonia, an international business research company, predicts that worldwide demand for cement and concrete additives will exceed US$25 billion by 2017.

Global building construction activity is expected to accelerate substantially following a weak period, particularly in the world's most developed regions. According to the report, this will boost demand for additives in concrete for buildings, especially in larger buildings and other structures requiring high performance concrete. Advances in the highways and streets market will be strongest in developing areas such as the Africa/Mideast region and China, where roads and other infrastructure expansion is occurring most rapidly, leading to greater use of cement and, in turn, cement and concrete additives. Robust gains in public infrastructure, especially in developing regions, are forecast to create opportunities for growth due to the greater use of better-performing concrete applications for dams, airports and other major projects. Such projects often require larger volumes of additives for greater durability, workability, strength and resistance to salts, chemicals and weather.

Read the article online at: https://www.worldcement.com/the-americas/17072014/demand_for_cement_and_concrete_additives_to_surpass_us_25_billion_by_2017_108/ 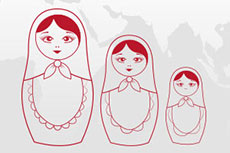 Some key facts from the international cement industry to accompany the annual World Review, which featured in World Cement’s July 2014 issue. 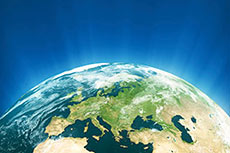 According to a recent report released by Freedonia, worldwide cement sales are predicted to expand by around 5.3% per year until 2017 and a rebound in cement consumption is forecast in North America and Western Europe.

Cement and clinker trade is facing a downward trend, and not just because of the economic downturn. Massive investment in capacity expansion has led to oversupply situations in countries around the world, turning importing countries into exporters.