The awards honour individuals who have exhibited industry leadership by advancing key association programs and initiatives. Presented at the PCA Fall 2016 Congress meeting in Chicago, awards were presented in three categories: business continuity, market development and young leaders. Nielson was honoured in the young leaders category.

“During his time as PCA president, John Gleason Jr. was widely known for his ability to build consensus amongst the industry players, resulting in better cooperation and growth of the association,” said PCA President and CEO James G. Toscas. “This award honours his legacy by recognising those in the industry who embody the spirit he brought to PCA throughout his 20-year tenure.”

Nielson is an active PCA volunteer, serving as co-chairman on the PCA Energy and Environment Committee’s Environmental Technology Subcommittee. He has direct responsibility for Ash Grove’s environmental compliance and has taken a leadership role in implementing continuous-emissions monitoring systems. Nielson has presented at several technical conferences, including the Institute of Electrical and Electronics Engineers-Industry Applications Society/Portland Cement Association (IEEE-IAS/PCA) Conference in 2014. He chaired the 2016 IEEE conference held in Grapevine, Texas, and is involved in planning the 2017 IEEE West Coast Conference.

“The Gleason award embodies what the 2016 IEEE conference host committee and PCA committees have accomplished,” said Nielson. “They provide the opportunity to develop tangible programs that build and grow the cement industry and its employees. This award is a special honour for me.”

Jacqueline Clark, APR, Fellow PRSA, who directs Ash Grove’s federal, state and local government relations and community affairs, was the first Ash Grove employee and first woman in the industry to earn a Gleason award. Hers was awarded in the business continuity category in 2014.

Read the article online at: https://www.worldcement.com/the-americas/16092016/ash-grove-cement-company-environmental-manager-pca-261/ 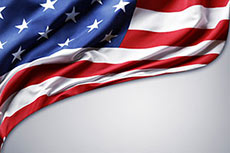 Michael A. Gonzales is set to lead modernised plant.