Solidia Cement™, which is silicate-based and has a low-calcium content, gains strength through carbonation instead of hydration. Presenting findings of ‘CO2-Cured Concrete based on Calcium Silicate Cement (CSC)’, Solidia Technologies Principal Scientist Sada Sahu, Ph.D., explained that, when compared to Ordinary Portland Cement (OPC), 30% less CO2 is emitted during the production of Solidia Cement. Additionally, Solidia Cement-based concrete (CSC) can consume up to 300 kg of CO2 per t of cement during the curing process.

For the second consecutive year, ACI Foundation’s Strategic Development Council (SDC) showcased Solidia as a leading innovator in the field.

Commenting on the panel discussion, Dr. Ravikumar said, “Sustainable solutions are so important to this industry, since cement and concrete production accounts for up to five percent of global CO2 emissions. We discussed ways to reduce energy consumption, the use of various SCM's, or an alternative fuel source to make cement, but it is clear Solidia is the only all-encompassing solution.”

Read the article online at: https://www.worldcement.com/the-americas/13112015/american-concrete-institute-solidia-technologies-986/

The new fellowship will be awarded to graduate students studying in the field of structural engineering with an emphasis in reinforced concrete design. 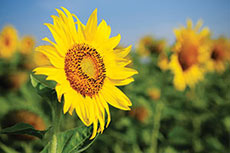 The US Patents Office has awarded two new patents to Rutgers, The State University of New Jersey, related to Solidia Concrete.

Solidia Technologies was selected as a finalist for the 2013 Katerva Award and has been named one of the best places to work in New Jersey as part of the NJBIZ programme.