The National Stone Sand and Gravel Association (NSSGA) has reported that the Sixth Circuit Court of Appeals has granted a stay on the Waters of the United States (WOTUS) rule. A stay had previously been granted in some states but not others, following a court appeal. This stay applies nationwide.

The WOTUS rule was disputed by NSSGA and other organisations because it expanded federal jurisdiction over waters that have little or no connection to flowing streams and rivers. The rule, which was jointly proposed by the Environmental Protection Agency and the Army Corps of Engineers, was determined by the court to have ‘ripple effects’ that determined the best course of action was to maintain the status quo for the time being. The Court took issue with both the content of the rule, and the lack of notice and comment for significant changes that were added in the final version.

Pam Whitted, Senior VP of Government and Regulatory Affairs for NSSGA, stated “This is the exact reason why NSSGA is litigating against this rule. We fully support the court’s nationwide stay as they consider the merits of a regulation that will impact businesses and Americans across the country. We are heartened that the court has recognised that this rule is neither in compliance with Supreme Court decisions, nor were significant portions of it put out for notice and comment as required by law.”

Read the article online at: https://www.worldcement.com/the-americas/12102015/court-of-appeals-stays-wotus-rule-nationwide-752/ 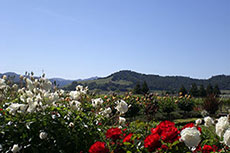 The US Environmental Protection Agency has issued an update to its NAAQS for ground-level ozone.

Advocacy efforts by members of the US National Stone, Sand and Gravel Association are reportedly having an effect on lawmakers.

13 US states have been granted a preliminary injunction on the EPA’s Waters of the United States regulation, which became effective on 28 August.

Without the support of the Army Corps, the Waters of the United States rule should be scrapped, says NSSGA.