In 2010 Lindner founded its first US branch in Raleigh, North Carolina. In order to meet growing demand, the company has added the recycling branch expert Robert Vogel to its US team. Robert joined Lindner in April and has since been working on the creation and enlargement of sales and cooperation structures in fourteen US states and three Canadian provinces.

A native of Chicago and long-time Denver resident, Robert Vogel can point to over thirty years of experience in the waste and recycling sector and has already occupied a variety of managerial positions in shredder and landfill companies. Accordingly, as he says: “I am delighted to be able to bring my know-how into an extremely innovative company such as Lindner and promote its expansion in the North American market.”

Read the article online at: https://www.worldcement.com/the-americas/10082016/new-west-coast-sales-manager-for-lindner-68/ 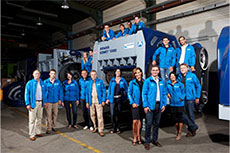 In the 2015 financial year, Lindner-Recyclingtech posted a 12% increase in turnover compared to the year before. 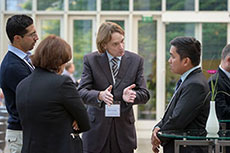 Coinciding with the company’s tenth anniversary, MVW Lechtenberg & Partner is hosting the 1st Alternative Fuels Symposium in Germany on 29 – 30 October.