According to Argentina’s Association of Portland Cement Producers (AFCP), dispatches totalled 897 299 t in February 2015, including exports. Although this is 5% lower than the previous month of January, it is 11.8% higher than the volumes recorded in February 2014.

AFCP’s associate members dispatched 885 296 t of cement on the country’s domestic market, including imports. This represents a decline of 4.6% m/m. However, when compared with the corresponding month in 2014, domestic consumption improved by 12.9% y/y. Argentine President Christina Fernandez de Kirchner took to Twitter to celebrate the increase, which is a new record for the month of February.

Read the article online at: https://www.worldcement.com/the-americas/10032015/portland-cement-dispatches-improve-on-last-year-argentina-february-483/

Holcim Ecuador has inaugurated the second phase of its modernisation project at the Guayaquil cement plant, which enables it to produce 4500 tpd of clinker at the plant and represents an investment of US$400 million over the last 5 years.

Votorantim’s cement segment saw net revenues rise by 5% y/y to R$13 billion in 2014, driven by higher prices across its operations except for those in Spain and North America.

Caribbean Cement Company Ltd announces an improvement in profit before tax in 2014, rising from a loss of US$3 million to a positive US$256 million. 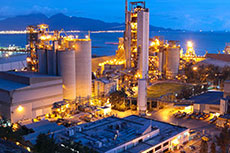