One of Ash Grove Cement Company’s highest priorities is achieving safety performance excellence by relying on a culture of safety throughout the company’s daily operations. Accordingly, its most prestigious award is the L.T. Sunderland Safety Excellence Award and for 2015, Ash Grove’s Durkee, Oregon, plant won the top honour in the annual company-wide competition.

The L.T. Sunderland Safety Excellence Award was established in 2006 and evaluates the company’s eight cement manufacturing plants and two grinding facilities on an extensive matrix of data related to health and safety processes and results. The Ash Grove Safety Leadership Steering Committee scores each of the metrics and selects the top-performing plants as finalists and the highest scoring plant as the award winner.

“Earning the Safety Excellence Award takes focused effort, teamwork, accountability and truly valuing the well-being of every person in the plant, and we congratulate the Durkee employees on their achievement,” said Steve Minshall, Ash Grove corporate health and safety director, who also oversees the evaluation process.

According to Minshall, each of the company’s manufacturing plants, grinding facilities and port terminals actively participate in the company’s health and safety management system which includes injury prevention, compliance management, audits and training to ensure a safe work environment for employees.

“The culture of a plant will determine its success or failure in any endeavour,” said Terry Kerby, Ash Grove Cement Durkee plant manager. “Our employees know this and are determined to place safety responsibility where it belongs, on each individual. As a plant we collectively develop infrastructure and processes that assure each person’s opportunity to work safely. We then watch out for one another to ensure everyone maintains the high standards we set for ourselves. The same culture is the basis in every area of the plant and feeds our drive to be better each day. I am proud of our employees for this accomplishment and look forward to continued success in the safety area.”

For 2015, the finalists for the award were the Leamington, Utah, and Midlothian, Texas, cement manufacturing plants and the Rivergate lime plant in Portland, Oregon. As finalists, these facilities were recognised with one of the Ash Grove Safety Leadership gold awards. The Louisville, Nebraska, and Montana City, Montana, plants each received silver designation.

This year marks the second time the Durkee plant has won the L.T. Sunderland Safety Excellence Award and the fourth time it has been a gold level finalist. The Leamington plant won this award three times previously. The Midlothian plant and the Rivergate lime plant each have won the award once previously.

The Durkee cement manufacturing plant employs 107 and began operations in 1979. The plant expanded in 1998 and is certified as ISO 14001 compliant, which is an international standard for excellence in environmental management. The Durkee plant previously has earned awards including the US Environmental Protection Agency’s Energy Star Award, the Pacific Northwest Chapter of Air and Waste Management Environmental Achievement Award and several safety awards from the Portland Cement Association as well as Ash Grove’s Safety Leadership awards.

Read the article online at: https://www.worldcement.com/the-americas/07042016/ash-grove-durkee-plant-wins-safety-award-840/ 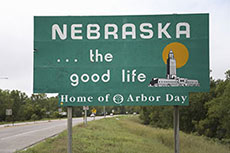 Company’s charitable foundation donates US$20 000 to The Nature Conservancy of Nebraska.