To read the full article
"In Search of Some Good News: Part 2"
Please sign in or become a member for FREE 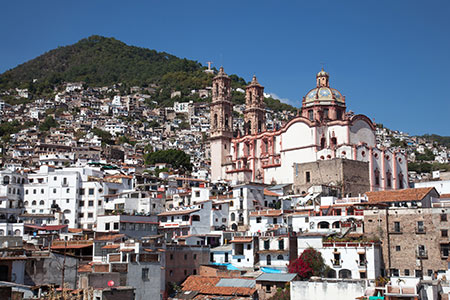 Look beyond the two big markets and there is a more positive story emerging to the south in Argentina, one of the few markets that CW Group is bullish on in the region. The cement market there is growing, despite some issues around cost of production – mostly due to fuel costs. This has seen prices start to creep up, potentially creating an opening for new market participants.

“It’s only going to be a matter of time before a manufacturer – be it from Asia or elsewhere in Latin America – is going to consider Argentina a great market to enter through a price shock,” according to CW Group’s Cercel. There is also currently some major investment into the Argentinian cement industry from existing manufacturers, with both Cementos Avellaneda (a joint venture between Votorantim and Spanish multinational, Cementos Molins) and LafargeHolcim recently announcing large projects in the country.

Cementos Avellaneda is to increase its production capacity by almost 1 million tpy. It has already completed a 0.2 million tpy capacity expansion project at the Olavarría plant, bringing total plant capacity to 2.7 million tpy. Start-up occurred on schedule in 1Q18.

A second, larger expansion project is underway at Cementos Avellaneda’s San Luis plant. Expected to complete in 2019, the project will boost capacity by 0.7 million tpy to a total of 3.5 million tpy. Across the two projects, the company is investing US$227.2 million.

The cement company has returned to the original equipment supplier for the recommissioning work.

KHD Humboldt Wedag is supplying the engineering and mechanical equipment for raw material preparation and clinker production, as well as the electrical equipment. The core equipment includes the following:

Commissioning of the modernised production line is planned for mid-2019.

Another market with good potential for future growth – as yet unfulfilled – is Colombia. It has not however been an easy market for cement producers recently: the three major players (LafargeHolcim, CEMEX, and Cementos Argos, accounting for 96% of Colombia’s cement market) were all fined a combined total of US$66 million by the competition authority for price fixing. The companies denied the regulators findings.

According to BMI Research, Colombia’s construction sector contracted in 1H18 and expects only marginal growth over the full year. The research company is more positive from 2019, expecting growth of 4.8% in 2019, 6.5% in 2020, and an average of 4.3% annually thereafter to 2027. Much of this potential for growth lies in planned infrastructure development – including the massive 4G road infrastructure programme. Yet infrastructure development has been beset by delays and much is also yet to be forthcoming. Indeed, even Colombia’s home-grown cement major, Cementos Argos, no longer views the country as its main market, preferring to look north to the US.

“They are buying a lot – terminals and grinding plants. And they’ve been opening offices as well. They are really making a strategic point to being in the US when demand is growing,” said Cercel, who views it as a “great strategic move on their side.”

The Colombian cement market also has a number of large-scale expansion projects that were aiming to come online this year. Incumbent, CEMEX Colombia has invested around US$420 million in 1.3 million tpy capacity plant in Maceo, Antioquia – although the project has been beset by various legal and regulatory challenges that mean the plant is not yet operational.

In an interview in June with La Republica newspaper, the President of CEMEX Colombia, Ricardo Naya, was vague about a potential start up date, saying only that the company hoped to have the plant up and running by the end of the year.

Meanwhile, Gebr. Pfeiffer is in the process of supplying a ready2grind modular grinding plant to LafargeHolcim Colombia, which will comprise a clinker feed modular hopper system, as well as ready2grind milling circuit, product storage, and a packing plant from Claudius Peters. The grinding circuit includes a Gebr. Pfeiffer MVR 2500 C-4 with feed system, filter, fan, auxiliary equipment, and the complete electrical control system.

There are also two newcomers into the market: Ecocementos and Medcem Colombia. Ecocementos – a joint venture between Cementos Molins and Grupo Corona – has constructed a 1.35 million tpy plant in Sonson. OHL Industrial was contracted to construct the plant with FLSmidth supplying engineering, procurement, and equipment.

Perhaps the greatest threat to current players in the Colombian cement industry would be the construction of a 3 million tpy plant by Turkish cement company, Medcem Global. Announced in 2015, the plant could take six years to complete, the company said at the time.

Conclusion: the US factor

Yet there is a twist: the Trump Administration’s trade policy looks to make life much harder for importers of goods from Canada and Mexico. Although not directly targeting cement, the cement industry is likely to be caught up in this. Votorantim, for example, imports cement into the US from its St Marys Cement plant in Ontario, Canada. Any redrawing or collapse of NAFTA will surely hit this trade. The exact scale of the challenge is difficult to chart. The USGS records some imports: its data shows imports totalling 3.14 million t over the year to April out of total cement shipments of 27.22 million t. But there are holes in the USGS data: it does not include informal cement imports via truck through Seattle and Detroit from Canada and through El Paso from Mexico. Imports are therefore likely to be higher than the USGS data suggests.

Disruption to this trade is simply another complication for an industry that has not been without its political headaches in recent years. And though there remains much potential in the region, the devil is always in the delivery.

The author wishes to thank Raluca Cercel, CW Associate at CW Group, for sharing her insight into the Latin American cement industry.

This is Part 2, check out Part 1 here

Read the article online at: https://www.worldcement.com/special-reports/08082018/in-search-of-some-good-news-part-2/