Global construction solutions provider, Terex, has announced an international sales deal in Saudi Arabia. The agreement, which was coordinated through its distributor in Jeddah, The Middle East Development Company (MEDCO), will see 20 Terex® site dumpers manufactured and supplied before the end of 2015.

The specialist two-tonne power tip units, which are produced at the Terex facility in Coventry, UK, will be used in the development of Saudi Arabia’s Metro project in Riyadh. Part of the Riyadh Public Transport Project (RPTP), the infrastructure development programme will feature in the country’s largest public transport network and create more than 15 000 jobs nationwide.

Neal Nowick, General Manager at the Terex Coventry facility, commented: “We’re proud that our tough and efficient site dumpers will be put to work on this important international project. We’re also pleased to announce this project via our distributor MEDCO, marking the first site dumper order placed through the company’s dedicated sales force.”

Robert Seiler, Regional Manager – Riyadh at MEDCO, commented: “Securing such a prestigious deal with a national construction project is a hugely positive accolade for MEDCO. We find the Terex range of compact construction equipment highly popular throughout Saudi Arabia. Winning this deal is testament to the dedication of our team, as well as the quality of Terex site dumpers.”

Read the article online at: https://www.worldcement.com/product-news/28012015/terex-announces-sales-deal-in-saudi-arabia-226/ 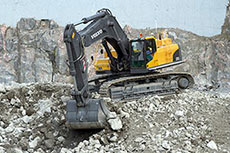 The Terex Internship Scheme hopes to inspire the next generation of engineers. 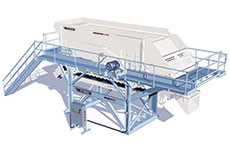 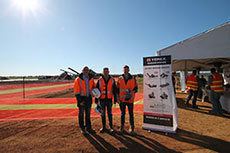