The new pink E14 excavator was presented to Lynch at an unveiling ceremony at the company’s Family Plant Show and Operator Open Day in Brentwood in Essex at the end of August 2014.

Breast Cancer Care is the nominated charity for Lynch through to 2017 and the company has an ongoing schedule of events over this period to maximise support and donations for the charity. Lynch welcomes donations to Breast Cancer Care at www.justgiving.com/lynchplant

Mark Kennedy, Operations Director at Lynch, commented: “We are very grateful to Promac and Doosan for the generous donation of the Bobcat E14 excavator, which will provide a focal point for our efforts for Breast Cancer Care in 2014/2015. The idea of working with Breast Cancer Care is not just about trying to raise money for a good cause it is also to highlight the work women are doing in plant hire already and to encourage more women to work in the industry.

“While just over one in 10 of the UK construction workforce is female, women make up only one per cent of the manual trades, and the amount which make up machine operators like grabs or excavators doesn’t even register. Our industry needs to do more and work harder to dispel the myth that women are not for construction related jobs. Our future success depends on good people - whether they are female or male.”

The pink E14 excavator was the brainchild of Justin Scott Thomas, Sales Director at Promac. Thomas commented: “In collaboration with Doosan Construction Equipment, we are delighted to be able to support Lynch’s campaign on behalf of Breast Cancer Care. I’m sure the pink Bobcat E14 compact excavator will prove to be a great attraction at Lynch events to bring in more donations for the charity before it is auctioned off at the end of the year.

Kevin Lynch, Business Development Manager at Doosan International UK Ltd, added: “When Justin approached us to be part of a joint donation for Lynch’s nominated charity, we were only too pleased to be involved. From volunteering and raising funds to supporting disaster-stricken areas with overseas medical support, the Doosan Group continues to support charities around the world.”

The newly painted Bobcat E14 excavator has been combined with a pink-wheeled trailer sourced by Promac to allow Lynch to transport the machine to different events around the country over the next 12 months.

The new Bobcat excavator and trailer will form the centrepiece of Lynch stands at the company’s own events and at shows such as Plantworx next June, where it will be an eye-catching exhibit to attract donations for the Breast Cancer Care charity. At the end of the year, the Bobcat E14 excavator and trailer will be auctioned off to raise further funds for this worthy cause.

Read the article online at: https://www.worldcement.com/product-news/11092014/companies-donate-bobcat-excavator-to-raise-funds-for-breast-cancer-92/ 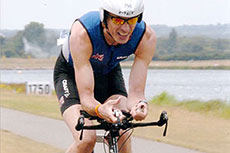 To mark its 20th anniversary, Unicast, Inc. has launched a new initiative to raise funds for concrete housing construction projects in Haiti and the Philippines. 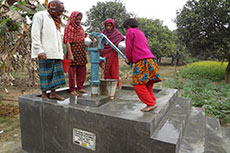 Loesche has donated to Charity: Water, helping to provide communities in Bangladesh and Malawi with access to safe drinking water and sanitation.