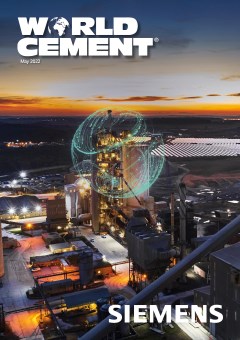 Cement production is responsible for a significant portion of global CO2 emissions (estimates tend to fall in the 6 – 8% range), but thankfully the industry has a range of options at its disposal.
Examples include: SCMs and new cement blends, alternative fuels (discussed in this issue from p. 39 onwards), the digitisation and optimisation of processes, increased renewable energy usage, and more.

All of these are already playing an important (and growing) role in cutting down CO2 emissions from cement production, but perhaps ultimate technology for achieving this objective is Carbon Capture, Utilisation & Storage (CCUS). Whilst other technologies can reduce the levels of CO2 entering the atmosphere, CCUS could potentially eliminate them altogether.
It can be tempting to view CCUS as being a bit like nuclear fusion (i.e. it’s been ‘just 10 years away’ for the last 30 years), but the reality is very different. CCUS pilot projects are springing up around the world – indeed, it seems that barely a few weeks pass without a new project being announced. In other words, major cement producers and equipment suppliers are taking the technology and its implications seriously.

Earlier this year, Lehigh Cement and Enbridge announced an MOU to collaborate on a carbon capture solution for Lehigh’s Edmonton, Alberta plant. The project will see the development of North America’s first full-scale CCUS solution for the cement sector, and comes with the goal of capturing 780 000 tpy of CO2. Captured CO2 would be transported by pipeline and permanently sequestered. Subject to regulatory approval, this project could be operational in 2025.
And, of course, there is the ongoing Low Emissions Intensity Lime And Cement (LEILAC) project taking place in Europe, which we have covered before in World Cement. The LEILAC process involves replacing the existing calciner with a new reactor design that allows for the capture of an almost pure stream of CO2 from the decarbonation of raw meal. Now in its second stage (LEILAC2), this technology could see as much as 100 000 tpy of CO2 captured from HeidelbergCement’s Hannover plant by as early as 2023.

FLSmidth is also working on a number of carbon capture projects. In September of last year, the company signed an agreement with Chart Industries to adapt and commercialise Chart’s Cryogenic Carbon Capture (CCC) technology for the cement industry – this promises to be capable of capturing over 90% of produced CO2 emissions. FLSmidth is also working with HeidelbergCement to deliver a full carbon capture project at Norcem’s Brevik facility in Norway with final commissioning due for the end of 2024. The company has also entered into a partnership with Carbon8 Systems to offer a technology that captures CO2 from process gasses and combines it with kiln bypass dust to produce a lightweight aggregate that can be used in construction.
The examples above are just the tip of the iceberg; Holcim, for example, has pilot projects across North America and Europe, and numerous other companies are working on novel approaches to the technology.
So, whilst nuclear fusion might continue to remain ‘just 10 years away’ for the foreseeable future, things look more promising for CCUS. The industry, and the environment, are counting on it.