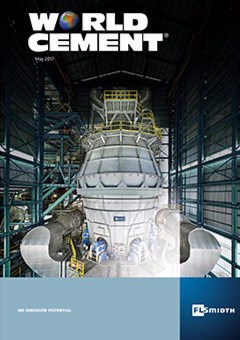 3D printing may not be something immediately associated with an industry as traditional as construction. Yet a from the USA has travelled halfway around the world to Dubai to prove this assertion wrong. Chris Kelsey, the co-founder and CEO of Construction, has relocated from Silicon Valley to offer 3D printing of buildings – a process that uses concrete as the ‘ink ‘ – to the Dubai market. He has already agreed to collaborate with the Dubai government on 3D printing technologies and is helping Dubai Municipality to formulate new laws and building codes specifically related to the use of 3D printing in construction.

Dubai is something of a pioneer in the use of 3D printing in construction. Last year the emirate said it would work to ensure 25% of its buildings were based on 3D printing technology by 2030. It also opened what it claimed to be the world’s first functioning 3D-printed office. Covering up to 250 m2, the office was constructed using a specific mixture of concrete and a set of building materials that were made in the UAE and the USA.

“We see this project as a case study that will benefit regulators, as well as R&D centres at the regional and international levels on the real application of 3D printing technology,” said Sheikh Mohammed bin Rashid Al Maktoum, Vice President and Prime Minister of the UAE and Emir of Dubai, at the time.

Dubai’s road to achieving the 25% target begins in 2019, when buildings will need to contain 2% of 3D-printed elements to gain approval from the municipal authorities. This will then step up year-on-year to the 25% mark – and on from there. “We will raise this percentage with the development of global technology, as well as growth in market demand,” continued Sheikh Mohammed.

There is some need for caution: its impact is likely to be at first regional (expect regions with strong construction worker unions to be less enthusiastic about the technology) and limited to sectors such as residential and commercial building, where projects tend to be smaller and self-contained. For those first movers, however, 3D printing may offer “a significant competitive edge,” concluded BMI Research.

For Kelsey, the sky is the limit – quite literally. In March, the Pennsylvania native – for whom this is already a second foray into business (he sold his first, Appsitude, an app development company, last year and is using some of the proceeds to fund Cazza) – promised to build the world’s first 3D printed skyscraper in Dubai. “There’s a huge disruption that’s about to happen with this technology,” said Kelsey. It’s a promise we will be watching with great interest here at World Cement.