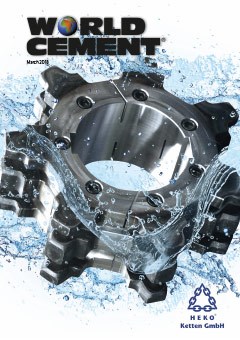 India’s cement industry has had a bumpy couple of years. In November 2016, the Modi government’s shock programme of demonetisation hit the construction sector hard, sending cement demand slumping to its first year-on-year decline since 2001. A year later, the country’s Supreme Court banned the use of petcoke in some northern Indian cement plants to control pollution levels in India’s National Capital Region.

Although the petcoke ban was soon relaxed, the court’s ruling is a reminder that business-as-usual is not a straightforward undertaking on the Subcontinent. Indeed, the country’s highest court has a history of industrial activism, stepping “into the space vacated by executive failure and legislative lethargy”, as a recent editorial in The Economic Times put it.

Among the more memorable of recent Supreme Court actions was the cancellation of 214 coal block allocations in September 2014: coal production from these blocks has dropped by around two-thirds since then. Last month the court took aim at the mining industry again, cancelling 88 mining leases in Goa.

But court action “cannot compensate for the lack of sound policy and its effective implementation”, continued The Economic Times. It was therefore encouraging to see the Modi government include some provisions to streamline project approval processes in the infrastructure space in its latest budget, as well as a significant allocation of funds for the construction and infrastructure sectors.

“India needs significant outlay in infrastructure, especially as urbanisation and industrialisation trends continue to strain existing facilities,” said BMI Research in a recent research note. Railways, roads, highways, and housing will all benefit from government spending over the period covered by the budget.

This should be good news for India’s cement industry: at least cement companies appear to be betting on the good times rolling. LafargeHolcim recently announced a CHF200 million investment to build a 3.1 million tpy integrated cement plant in Rajasthan in the north of India. Customers will include construction projects in the National Capital Region.

“India is the second biggest global cement market and is forecasted to continue to see high growth rates,” said Jan Jenisch, Group CEO of the Swiss multinational. “We are excited to invest in this highly attractive market to further strengthen our footprint.” The new plant will be set up by LafargeHolcim’s Indian subsidiary, Ambuja Cement; commissioning is slated for 2H20.

Rajasthan will also be the site for a new 4.2 million tpy brownfield expansion project from J.K. Cement. The company’s board of directors approved the INR20 billion investment in the existing Chittogarh plant last month. The expansion again targets customers in the National Capital Region, via a grinding unit in Uttar Pradesh, as well as Gujarat to the southwest of Rajasthan, one of the fastest growing economies in India.

As these investments indicate, India is a place of great potential. Yet all too often this potential is only partly fulfilled: as BMI Research noted, “lingering financial, bureaucratic, and logistics hurdles in India’s construction sector will continue to cause project delays. This means that growth in India’s infrastructure sector will continue to fall below its full potential over the next five years.”

The Economic Times ends its editorial with this basic lesson: “certainty of the policy environment is a necessary condition for the predictability of future income streams from any investment.” That is true not only of India but around the world. The sooner it is learnt, the better.

World Cement is also keeping up with these trends with around half of the technical features in each month dedicated to operational, maintenance, or environmental topics. As always, do contact me with projects in these areas that might be suitable to feature in the magazine. I can be reached by email (jonathan.rowland@worldcement.com) or connect with us via our social media channels. I hope you enjoy this month’s issue!