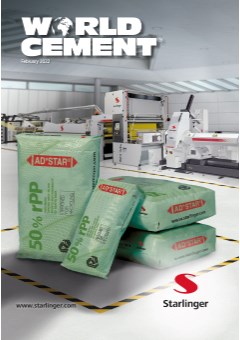 On 04 February, China will be hosting the 2022 Winter Olympics.

When making its bid for the games, the Chinese Organising Committee promised to deliver a “green, inclusive, open and clean” games. On top of that, organisers also promised that this would be the first “carbon neutral games” and that they would be delivered using 100% renewable energy.

To meet these lofty goals, the Organising Committee said it would work to limit the impact of preparations by prioritising the protection of native species, reducing greenhouse gas emissions, and cutting back on resources used.

In terms of utilising renewable energy, official figures certainly appear to show that the goal has been achieved. The new wind and solar projects constructed over the last six years will be enough to provide 100% of the energy needed for the games and 10% of Beijing’s total energy consumption. That’s no mean feat when considering that Beijing has a population comfortably over 21 million people. Indeed, Beijing Daily reported that the Zhangbei Rouzhi Project can deliver approximately 14.1 billion kilowatt-hours of clean energy, saving 4.9 million tpy of coal, and eliminating 12.8 million tpy of CO2 emissions.

There have been challenges, and criticism, however. Development of Alpine ski runs through the Yanqing district’s Songshan nature reserve caused controversy when it was announced that some 20 000 trees would need to be removed. The Beijing Olympics Committee did pledge to transplant the trees (and some 81 hectares of topsoil) to another nearby location, and the Beijing Forestry University reported that more than 90% of the trees survived the move, but concerns remain. Dr Carmen de Jong, Professor of Hydrology at the University of Strasbourg, told the BBC that the removal of topsoil could greatly increase the risk of erosion, landslides, water pollution, and harm to animal habitats.

This Winter Games will also be the first to rely almost entirely on artificial snow – created in an energy intensive process that required an estimated 49 million gallons of water. This news gains added poignancy when taken in context with a recent report from researchers at Loughborough University, which warned that: “Of the 20 venues used for the Winter Games since Chamonix in 1924, scientists think that by 2050 only 10 will have the […] natural snowfall levels to host an event.”

Perhaps the lesson that can be learned from the preparations for the 2022 Winter Olympics is that climate issues can’t be avoided and that interacting with the natural world in an environmentally friendly and sustainable manner can be complicated. Thankfully for the cement industry, there are a whole host of innovative technologies and processes that can be applied to reduce (and ultimately avoid) harm to the environment.

To learn more about these, and to hear from experts across the cement industry, be sure to join us on 16 – 17 March for World Cement’s EnviroTech 2022. Free registration is available here: www.worldcement.com/envirotech2022