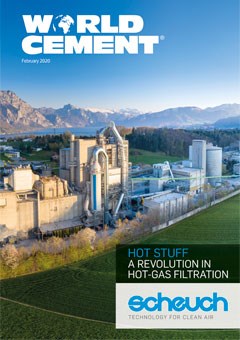 Just recently, I found myself wondering how people would characterise this new decade in years to come. How will the 2020s be remembered by people living in the 2120s? Hopefully better than how we remember the 1920s – a decade that began with a lethal pandemic and ended with almost complete economic collapse. We have at least, thus far, avoided the fate predicted by 1982’s Blade Runner (an actual cinematic gem – 84% on Metacritic), which depicted a Los Angeles of 2019 as a dystopian nightmare struggling in the aftermath of global war and environmental collapse.

Although it’s difficult to know for certain at this early stage (barely a month in to the decade), there are two main areas that I think will mark the 2020s out for historians of the future: 1) the global adoption of digital technologies, and 2) how the world reacts to the challenge of climate change.

Many of our daily lives are already heavily influenced by digital technology: more than 57% of the global population (4.33 billion people) have access to the internet, and 45% of all people (3.5 billion) have a smartphone. In any major population centre, the air is permeated with radio and microwaves transmitting endless streams of data, often to and from the devices in our pockets. If the 2000s and 2010s oversaw the birth of the digital age, the 2020s look set to see it come to fruition as billions more people around the world get online. Technologies that once seemed like science fiction not long ago – artificial intelligence, virtual reality, and even quantum computing – took their first steps in the last decade and will see further development and integration in both the commercial and industrial sectors in the next.

As for the challenge of climate change, there’s certainly growing consumer pressure for the development of greener technologies and the adoption of more environmentally friendly lifestyles, but whether this translates into political will across the globe remains to be seen. We can at least point to numerous examples from the cement industry where emissions reduction and environmental sustainability is being taken seriously: HeidelbergCement was recently awarded an ‘A’ rating by the CDP (formerly Carbon Disclosure Project) for its commitment to climate action – FLSmidth has launched its ‘MissionZero’ sustainability initiative – thyssenkrupp has its green polysius cement plant scheme and has developed a range of fuel substitution technologies (p. 50) – and Cementir Group has placed sustainability as a key part of its Industrial Plan for 2020 – 2022 (p. 76).

However this decade turns out, it’s clear that much of the cement sector is working hard to become an industry fit for the future.