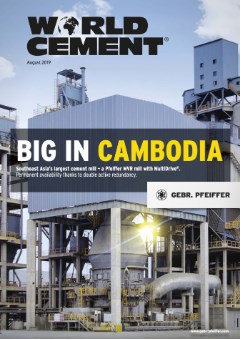 Change is a leading feature of the headlines here in the UK at the moment, be it political change, economic change, or environmental change.

On the political side, the country has a new Prime Minister in the form of Boris Johnson. Johnson was elected by Conservative party members to replace the outgoing PM, Theresa May, who resigned in the wake of her failure to pass the UK Withdrawal Agreement through Parliament. In his first speech as Prime Minister, Johnson stated that the UK would leave the EU in 99 days’ time “no ifs or buts” and claimed that “after three years of unfounded self-doubt, it is time to change the record.”

After barely a day in the office, political analysts are already anticipating further change under a Johnson government, including a possible early general election if he fails to achieve his aim of negotiating a new withdrawal deal with the EU. The one constant amidst this change is how concerns over Brexit continue to weigh on investment in the economy, particularly the construction sector. The IHS Markit/Cips construction purchasing manager’s index (PMI) fell to 43.1, the lowest rating since April 2009 when the country was still reeling from the global financial crisis. A PMI lower than 50 indicates a contraction of the sector.

The decline was felt across all three construction sub-sectors: residential, commercial, and civil engineering. The current downturn is expected to be brief, however, as employment was steady in June and forecasts for future activity have returned to levels in line with the previous six months.

Those headlines that aren’t discussing the new Prime Minister are focused on the change in the weather, with various forecasting agencies predicting record temperatures as high as 39°C/102°F as I write this. Our readers based in sunnier climes might scoff at this figure, but with air conditioning available in only 3% of homes, and UK buildings being designed to deal with long winters and >150 days of rain each year, we Brits are never really prepared for a heatwave. Perhaps we could learn a thing or two from the cement industry, which is adapting its operations to work in an increasingly climate-conscious world.

Inventys, for example, has partnered with Total and Lafarge Canada to develop and demonstrate the first full-cycle solution to capture and reuse CO2 from a cement plant, while also reducing GHG emissions. The CO2MENT project is expected to replace up to 50% of fossil fuel use with lower carbon fuels and allow for the conversion of around 100 000 tpy of waste from local landfills. As major global economies push towards becoming carbon neutral by the middle of the century, projects of this kind could soon become widespread. Indeed, they may become essential if the cement sector is to secure its future.