Lafarge has made a significant breakthrough in reducing its carbon footprint by exceeding its CO2 emissions reduction target one year in advance. The company is following a voluntary approach on a global scale. For ten years, the group has been publicly committed to reducing its global net emissions per t of cement by 20% between 1990 and 2010, within the framework of a partnership with WWF International.

At the end of 2009, the group had reduced its emissions by 20.7% (verified by Ernst and Young), thanks to the mobilisation of operating units in three areas:

Reducing the carbon footprint of buildings
Furthermore, Lafarge has intensified its R&D actions for developing sustainable products and solutions.

In recent years, almost half of the group's research budget has been devoted to developing new products with a reduced carbon footprint. More than 120 researchers and technicians are involved in these topics.

European context
These actions aimed at reducing both the industrial and the product carbon footprint have been launched on a voluntary basis and mainly before any national or regional regulations. In Europe, Lafarge, like other industrial businesses, is subject to the European Trading Scheme system (ETS) that was put in place in 2005 to encourage manufacturers to begin or to pursue their efforts in reducing their CO2 emissions. In 2009, the Group had surplus quotas worth €140 million, due to both investments and efforts made to reduce CO2 emissions and a context of declining volumes in European countries.

Read the article online at: https://www.worldcement.com/europe-cis/30032010/lafarge_ahead_of_the_game_in_reducing_its_carbon_footprint/ 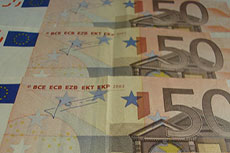 Lafarge has announced that it will receive Brazilian cement assets in exchange for the sale to Votorantim on 3 February 2010 of its 17.28% stake in the Portuguese Cimpor group. 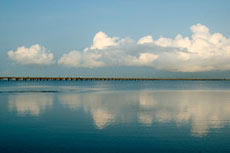