As many visitors will testify, Turkey is a fascinating and unique country. It is transcontinental, straddling Europe and Asia. It also occupies a strategic geographical position wherein eight countries border it, including the troubled Iraq and Syria. For many years, Turkey has had to accommodate refugees from both wartorn countries. A recent UN High Commission for Refugees (UNHCR) estimate says that over 450 000 have crossed the border from Syria into the towns of southern Turkey. A resident of one of the local towns was reported to have said, “The border has disappeared, we don’t know if we are in Turkey or Syria.” At the same time, the Turkish government is trying to resolve the 28-year conflict with the autonomy-seeking Kurdistan Worker’s Party (PKK). This dispute, and the issue over Cyprus, together with opposition from some members of the European Union, is said to be partly hindering Turkey’s bid to become a member of the EU. Is that really so much of a problem? Many say the country is getting on well by itself, and is increasing its influence in the region and on the international stage. ‘Countries in the Middle East and North Africa, as well as in Central Asia, are looking to Turkey, with its gains in income and social outcomes in recent years, as an example from which to learn,’ says a World Bank report. ‘Turkey’s success in spreading the benefits of economic growth to its population is particularly noteworthy.’

The disappointment of Istanbul’s failure in September to secure the 2020 Olympic Games is now abating. In fact, it has strengthened the country’s resolve to stage a major international sporting event: Turkey has officially declared its application to host the semi-final and final matches in the 2020 European Football Championships.

Meanwhile, Turkey is gearing itself up to celebrate 100 years of being a republic in 2023. What are the challenges facing the country in the decade between now and then?

Ahmet Akarli, Senior Economist at Goldman Sachs, speaks of Turkey as “having a diverse economy with a strong manufacturing base that focuses on consumable durables and car manufacture. Some of the country’s TV companies capture 20% of the European market and have become major players.” The country has been a trading nation since the Ottoman Empire and 200 years of capitalism have seen the rapid growth of entrepreneurial skills. In the past 15 years, small to medium size enterprises have been the driving force of economic growth and this is the main factor that differentiates this country’s economy from those of other emerging nations.

A report by the Oxford Business Group concurs: ‘Turkey has had an impressive decade of expansion that saw GDP rise from US$196 billion to US$787 billion in 2012, or about US$10 400 per capita.’ Since 2001, real growth had averaged more than 5% pa, a figure described as ‘an extraordinary rate for a middle-income country that imports most of its raw materials.’ However, the rate fell away in 2012 to 2.5%, and it seems that it will run at 3% this year, rather than the predicted 4%, though the Turkish Statistical Institute (TurkStat) has said that newly released figures suggest the final rate will work out at 3.7%. Whatever the final figure, it is still the sort of expansion that many western economies can only dream about. Akarli is optimistic about the country’s prospects: “Turkey has the potential to become one of the largest economies in Europe. It is currently the sixth largest in Europe, and could become the fourth largest by 2050.”

While Turkey has been enjoying sustained growth, it still faces a number of domestic problems. In June of this year there were widespread demonstrations in Istanbul, Ankara, Izmir and other Turkish cities against the policies of the government. Unrest as a result of such demonstrations could have a severe effect on tourism. One senior analyst suggests that international investors may well review their plans, such as future hotel investments. Foreign direct investment (FDI) in Turkey fell by over a third in the first five months of 2013, according to the Central Bank. The International Investors Association (YASED) notes that it will be difficult for the country to reach its target of US$15 – 20 billion this year.

On the other hand, the country is continuing with a substantial building programme. “Regionally, Turkey is the fastest growing construction market, exceeding growth in Russia in the long-term. Growth in construction is expected to be supported by better long-term fundamental and strong trade links with fast growing emerging markets, such as those in East Asia,” observes Graham Robinson, infrastructure expert at Pinsent Masons.

Written by Paul Maxwell-Cook This is an abridged version of the full article, which appeared in the December 2013 issue of World Cement. Subscribers can view the full article by logging in.

Read the article online at: https://www.worldcement.com/europe-cis/26112013/turkey_towards_2023_part_one_economy_and_expansion_427/

BASF has launched the Master Builders Solutions brand in emerging markets across the CIS, Russia and the Middle East.

Çimsa is the first Turkish company to become a member of the Cement Sustainability Initiative. 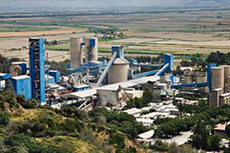 KHD Humboldt Wedag has been awarded a contract to supply a new COMFLEX® grinding system for a plant in Western Turkey.