According to the signed document Magnezit Group plans to ensure the growth of fused magnesia production in the settlement Razdolinsk (Motyginski district, Krasnoyarsk Territory, Russia) from 15 000 to 50 000 t by the year 2020. Within five years it is scheduled to construct the second stage of the fusion workshop on the basis of furnaces with the annual production capacity of 100 000 t. At the same time the company considers to create about 200 new jobs at the site. Expected investments into the project are up to 5 billion rubles.

The Group controls more than 70% of CIS magnesia refractories market. The company includes enterprises in Russia, China, Slovakia and Ukraine.

Read the article online at: https://www.worldcement.com/europe-cis/26022016/magnezit-sign-agreement-socioeconomic-cooperation-584/

Refractories company Magnezit Group has won an award at a customer conference.

The refractory producer won ‘The Best Environmentally Aware Enterprise of the Region in 2014’ at RosPromEco2014 in Moscow, Russia. 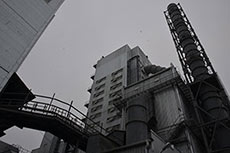 Refractory materials specialist, Magnezit Group, has commissioned its 100 000 tpa facility for the production of periclase clinkers, strengthening its presence in Russia and the CIS.