The association notes that the prediction of a weak start to the year followed by a slow improvement has been proven true, although not all sectors are performing equally. Whether as a direct result of bauma or not, a number of new orders were announced in the wake of the international trade fair in April. Though this rise did not gain momentum and a downturn is ‘visible’, the overall performance of the industry is still positive according to the Association, which asserts that ‘there is no reason for any worries’. Turnover in the German construction equipment and building material machinery industry amounted to €12.5 billion in 2012, split ~63%/37% between the two divisions. 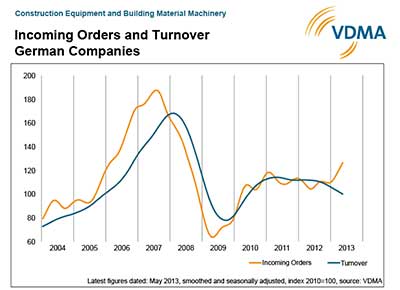 The last few weeks has seen growth in demand for building construction equipment, but other divisions within construction equipment have fared less well, which could lead this area to an overall loss, albeit small, for the year. Meanwhile, building materials machinery had a very strong first quarter due to the effects of special projects. Even if this is not maintained in the next few months, growth for the full year remains plausible. In terms of geographic markets, the Middle East, Russia, Central Asia, North America and Brazil are among the regions performing most positively, while Germany, France and Scandinavia remain stable. The weakened market witnessed in China and India in 2012 has yet to see an upturn this year, and Southern Europe remains down.

Read the article online at: https://www.worldcement.com/europe-cis/16072013/vdma_updates_construction_equipment_building_materials_machinery_51/ 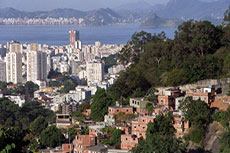 In the VDMA’s latest press release, the association comments that no marked improvements in construction machinery demand are expected in 2013.