According to the latest report from Barbour ABI, construction new orders dell flat across 1Q16, growing by just 1% compared to the previous quarter, with the final figure at £15.7 billion.

Private housing new orders were at their lowest in over two years, while public sector construction (not including housing), totalled £1.7 billion, its lowest quarterly figure in over four years.

The bright spots from the recent figures came from office construction, which crossed the £2 billion mark for the first time since the great recession, and the commercial sector totalling £4.8 billion, up 15% when compared to a year ago.

Commenting on the figures, Michael Dall, Lead Economist at Barbour ABI, said: “Construction new orders were relatively mixed for the first quarter of 2016 with one of the few bright spots coming from the private commercial sector, which had its highest new orders value for more than 18 months.”

“Non-housing public sector & private housing construction decreased in the quarter, with the latter by 15 per cent, which could be seen by many as a worry, with the sector becoming a fierce stalwart in sustaining the economy and the construction sector in general for what has been a significant period.”

Professor Egbu is to take up the post of CIOB Vice-President from 11 July. 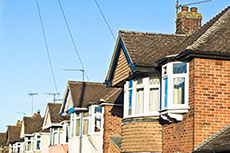 According to Barbour ABI, the UK construction industry has remained in a strong position across April.

Barbour ABI has released its latest Economic and Construction Market Review, regarding the state of the construction industry in March.