The specification of Sika admixtures included in the Hanson concrete mix for the new £20 million Leeds Station Southern Entrance scheme built across the River Aire, has ensured that the underwater concrete foundations offer very high resistance to washout.

The new Leeds Station Southern Entrance has been built by Carillion Rail for clients West Yorkshire Combined Authority and Network Rail. It will enable greater access to one of the busiest stations in the UK and will comprise a concourse deck over the River Aire within a visually eye-catching enclosed building. The addition of open link span bridges will provide direct stepped access from this concourse to the east and west banks of the river.

Specialist contractor Martello Piling sunk steel tubes into the riverbed in front of the bridge bases, to form the concrete foundations of the structure. 360 m3 of Hanson concrete containing Sika PilePak was placed into these tubes. Pre-cast sections of concrete were then used to form the sides and ‘nose’ of the structure protecting the brick bases. 152m3 of Hanson concrete containing Sika UCS Pak, a specialist underwater mixture, was then placed in the middle of the structure. The structure was finally filled up with fresh concrete between the pre-cast segments in order to force out any remaining water.

Stephen Armfield, Product Development Manager, Sika commented: “The environmental extremes of having to place concrete into a river were a particular challenge on this project. Requiring high quality concrete and specialist kit including special pumps as well as commercial divers ensured the critical path of these foundations was a success.”

The use of Sika Admixtures in the underwater concrete foundations ensured the success of one of the most critical elements of the infrastructure project, and enabled the LSSE to open on schedule in January 2016.

Read the article online at: https://www.worldcement.com/europe-cis/15022016/sika-admixtures-used-in-leeds-station-southern-entrance-scheme-499/ 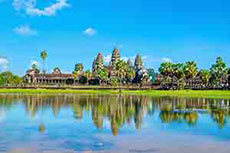 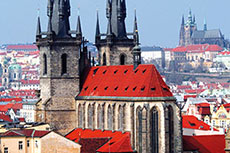 Sika products used to give a new theatre a striking red façade.