The UK’s Summer Budget, announced last week, has drawn a mixed response from the UK construction industry. Generally speaking, the emphasis on skills –with the announcement of a business levy to fund 3 million new apprenticeships – has been well received. Mike Cowell, COO of Hope Construction Materials, which runs its own apprenticeship scheme, said: “This has been a positive budget for the industry with significant manufacturing opportunities, creating new jobs. At Hope we have a strong focus on getting more young people into a profession and these projects are important for developing the next generation into construction.”

The CBI, which recently published results of a survey showing the skills challenge facing the UK, highlighted concerns that the apprenticeships won’t deliver the high standard of training needed. They emphasised that employers must have control over the design and delivery of apprenticeships to boost quality.

Katja Hall, CBI Deputy Director-General, said: “The Government has set out its stall to create a high-skilled economy, but firms are facing a skills emergency now, threatening to starve economic growth. Worryingly, it’s those high-growth, high-value sectors with the most potential which are the ones under most pressure. That includes construction, manufacturing, science, engineering and technology.

“The new levy announced in the budget may guarantee funding for more apprenticeships, but it’s unlikely to equate to higher quality or deliver the skills that industry needs. Levies on training already exist in the construction sector where two-thirds of employers are already reporting skills shortages.”

Outside of skills, the Budget also had implications on growth in the construction sector. A reduction in rent for social housing tenants will reportedly lead to a decline in construction of affordable homes by 14 000, as they will be a less enticing investment option. Coinciding with this, the government’s plans for Right to Buy on social housing may lead to less availability on the market.

However, the government also launched the £100 million Housing Growth Partnership, which aims to support SME housebuilders and should hopefully lead to an increase in construction from that sector. Britain has a housing shortage estimated at 240 000 per year that urgently needs addressing.

Meanwhile, reform of the road tax aims to generate funds to spend on the road network, though not until 2020, which has left some questioning what will happen in the interim. Also of interest: the government is planning to fund a High Speed Rail Investment Summit in Birmingham to attract overseas investment into that region.

Mike Cowell commented: “The high speed rail investment summit in Birmingham is great news for the industry as the overseas investment to the UK on regeneration will really help growth moving forward. This is a good example of the government seeking to stimulate demand in the economy to allow UK firms to do what they do best – make things, innovate, invest and develop.”

Notable by its absence was energy efficiency, which didn’t feature in the Summer Budget. Brian Berry, Chief Executive of the Federation of Master Builders, said: “The construction industry is at a loss as to why the Government is ignoring the need to improve our current housing stock. By refusing to acknowledge the importance of these improvements, the Government is exacerbating problems such as high household fuel bills, carbon emissions and the national housing shortage.”

Read the article online at: https://www.worldcement.com/europe-cis/13072015/construction-industry-has-mixed-response-to-uk-budget-153/ 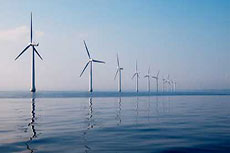 The benefits of offsite construction could be crucial to meeting targets that have repeatedly been missed. 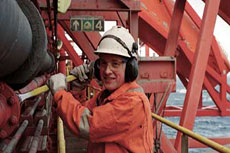 Sponsor Kepler Energy has revealed plans for the development of a 30MW tidal energy fence project in the Bristol Channel.

According to Timetric’s construction risk index, the overall level of risk facing the global construction industry eased in 2Q15.

Barbour ABI has announced recent figures, which show that the UK’s construction sector shrank by 0.8% between March and April 2015.