Two Tarmac trainees have been recognised by industry experts at the prestigious Civil Engineering Contractors Association Wales Annual Dinner, for their expertise

“I had planned on going to university, but I became a Tarmac apprentice because getting the opportunity to learn about all aspects of the business and progress through the company while still earning was so appealing,” said Elliot, who is completing a BTEC Level 3 in Construction and Built Environment at Coleg Gwent in Pontypool while working at a Tarmac office near Cardiff.

Rhys, who has now completed his apprenticeship and is working towards a Higher National Certificate in Civil Engineering at Coleg Gwent, added: “Being an apprentice and trainee at Tarmac has been great. The business has also approved me to study Road Surfacing at the University of Derby, which will be of huge benefit.”

Read the article online at: https://www.worldcement.com/europe-cis/13052016/tarmac-apprentices-recognised-96/

Tarmac has retained the prestigious Investors in People Gold Award. 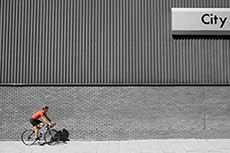 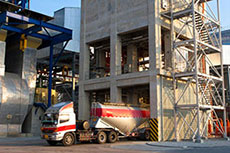 Tarmac is taking a fresh approach to recruitment to build on its existing 2500 driver fleet.

The BIM Level 2 mandate represents a key milestone for collaboration in the UK construction industry.