According to the Office for National Statistics (ONS), new orders in the UK construction industry fell by 2.9% q/q in 4Q14. When compared with 4Q13, new orders were down 2.3%. The decline in new work occurred in all areas apart from private industrial, with the biggest decreases occurring in public new housing (-13.1%), private commercial (-8.5%) and private new housing (-5.7%).

The ONS has also released estimates for January 2015. Construction output was 3.1% lower than in January 2014, the first y/y decline since May 2013.

The CECE has released its economic report, which shows disparity between regions and markets, but an overall growth of 9% y/y. 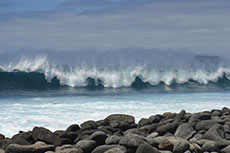 According to the Mineral Products Association, plans to develop tidal energy lagoons in Wales and England could open up opportunities to the region’s mineral products sector and construction supply chain.

The UK’s CITB has released the results of a survey into apprenticeships in the construction sector. The publication of the poll results coincides with National Apprenticeship Week. 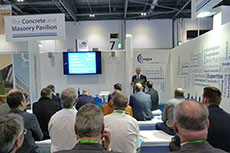 The UK concrete industry’s 7th Sustainability Performance report was launched at Ecobuild this week, indicating that progress has been made.