LafargeHolcim has announced that Mr. Wolfgang Reitzle, Chairman of the Board of Directors, has informed the board that he will not be standing for re-election at the Company’s Annual General Meeting in May 2016. Although the Board regrets this decision, it acknowledges Mr. Reitzle’s wish to pursue other business activities that require his full attention. In particular, he will be focusing on the Chairmanship of the Linde Supervisory Board.

Mr. Reitzle was instrumental to the successful merger between Lafarge and Holcim in 2015. “Wolfgang Reitzle’s contribution to bringing the two groups together, and to creating the new leader in the building materials industry, has been invaluable,” said Mr. Paul Desmarais, Chairman of the LafargeHolcim Nomination and Compensation Committee. Mr. Reitzle commented: “I am satisfied that LafargeHolcim is now fully on track with realizing the benefits of the combined businesses. With its committed people and leading position in markets around the globe, LafargeHolcim is well placed to reach its targets”.

Read the article online at: https://www.worldcement.com/europe-cis/09022016/lafargeholcim-new-chairman-of-board-of-directors-461/

Russia has published new regulations on occupational safety in the production of cement.

Russia's biggest lender Sberbank has announced that it has acquired a 6.12% stake in Swiss-French cement giant LafargeHolcim. 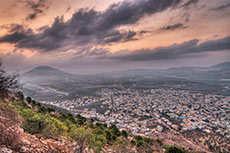 CRH has divested from Israel after sustained pressure from Palestine solidarity activists.