The Materials Handling and Engineers Association (MHEA) has announced the appointment of its new President, Flexco General Manager Michael Kaye.

Michael Kaye takes up his new role from Mike Redmond, President of the MHEA since 2013.

Michael is General Manager at Flexco UK, as an industry leader in belt conveyors since 1907. He joined Flexco’s UK subsidiary in 2004 and is responsible for the UK, Ireland, West Africa and Middle East markets.

A Graduate Mechanical Engineer, Michael has experience in the gear, printing, process instrumentation and bulk materials handling industries. He has been a member of the MHEA executive for over five years.

New President of the MHEA, Michael Kaye said “I am delighted to have been appointed as the MHEA’s new President. I would like to pay tribute to the outstanding contribution that Mike Redmond has made over the past two years.

“The MHEA works tirelessly to support the technical and commercial interests of UK and overseas companies supplying and using powder and bulk handling equipment. I am looking forward to making my contribution.”

Meanwhile, John Connolly has been appointed as Vice President. John is the Managing Director of Kingfisher Industrial, which supports industry in the fight against the effects of wear and premature failure caused by the handling of bulk solid materials.

Read the article online at: https://www.worldcement.com/europe-cis/08122015/mhea-announces-new-president-137/ 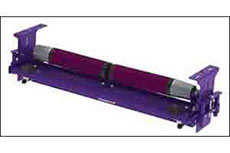 Flexco announces the introduction of its first reversing belt trainer, the PT Pro, into its complete line of trackers. 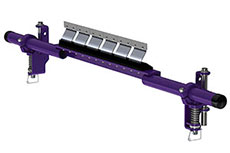 The FMS Medium-Duty Secondary Cleaner is ideal for use on mining conveyors with belt speeds up to 5 m/s. 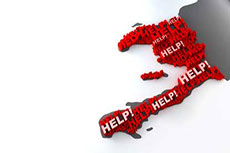 Columbus McKinnon Corporation, a leading designer, manufacturer and marketer of material handling products, has announced it is contributing more than US$40 000 worth of products to aid the recovery efforts in Haiti.