On the 21 October, Langley Holdings PLC held an EGM, at which Mr. John Langley (86) officially stepped down from the Board following 37 years as a Director. At the same meeting, Mr. Bernard Langley (22) was appointed to the Board by the Group Chairman Mr. Tony Langley (60).

Joining the company aged 19, directly from school, Bernard Langley became Managing Director of Oakdale Homes Ltd., one of the group’s more than 80 subsidiaries, a year later.

The EGM also confirmed the appointment of Mr. William Langley (20) as Managing Director of the group’s Reader Cement Products Ltd. subsidiary, which was announced earlier in October, as well as the appointment of Miss Charlotte Langley (23) as Chair of Trustees to the family charitable foundation.

Read the article online at: https://www.worldcement.com/europe-cis/03112015/langley-holdings-personnel-changes-903/

A delegation from the Chinese buildings material company Conch has visited the Eurocement group in Russia.

Cemex is supplying ready-mix concrete for the Upper West development of the Kurfürstendamm in Berlin. 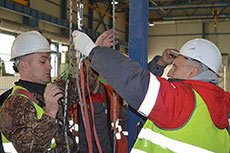 The training was initiated by the department of industrial safety, occupational safety and the environment. 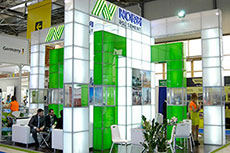 The company took part in the biggest event in the Caspian Region to introduce the wide range of products the company offers.