Loesche has expanded its presence in Southeast Asia with the establishment of new subsidiary PT Loesche Indonesia, based in Jakarta.

Loesche has won a number of new orders in Indonesia, as economic growth has boosted the country’s cement industry. The new subsidiary will help Loesche to provide expert staff and deal with rising demand for spare parts and services as the number of mills in the cement and other sectors increases in the region.

Detlef Blümke has been appointed Managing Director of the Indonesian subsidiary. He will be responsible for all management activities at PT Loesche Indonesia, developing the subsidiary as a new regional service hub. Blümke first joined Loesche in 1990, and he has been head of the company’s commissioning department since 2006 and Deputy Director of Loesche’s technical field service.

“Indonesia is central to economic development within Southeast Asia,” said Blu¨mke, “And Loesche has responded by making itself much more accessible to its customers on an in-country basis”.

Blümke started in the new role in October 2013 and the subsidiary will commence operations on 1 January 2014.

Read the article online at: https://www.worldcement.com/asia-pacific-rim/18122013/loesche_establishes_indonesian_subsidiary_in_jakarta_527/

Bosowa Corporation has revealed plans to build a new US$124 million cement plant in Cilegon, Indonesia.

The December 2013 issue of World Cement includes a tour of the Cemex Tilbury grinding plant. This video from Cemex introduces the plant. 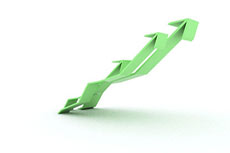 PT Indocement Tunggal Prakarsa has released its results for 3Q13 and witnessed a growth in revenue, despite domestic sales remaining relatively constant.

A Second Technical Seminar was organised by the Loesche Training Centre in October 2013, Düsseldorf, following the success of the company’s first seminar in 2012.