In India, ACC has announced that is has resumed quarrying operations at its Bargarh cement plant in Odisha, having earlier suspended operations following a Supreme Court judgement. Mining and clinker production stopped at the company’s Chaibasa, Jharkhand and Bargarh plants, but grinding operations continued, meaning there was no real impact on production during the closure period, which began in October 2014.

The lease has been renewed on the quarry under the new Mines and Minerals (Development and Regulation) Act. Mining operations had earlier resumed at the company’s Chaibasa quarry.

Read the article online at: https://www.worldcement.com/asia-pacific-rim/18062015/acc-resumes-quarrying-operations-in-odisha-36/ 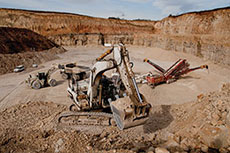 The deal for the acquisition is valued at €270 million.

ACC has reported its results for the January – March period, which show the impact of weakening demand as cement sales fall.

India’s ACC, part of the Holcim group, has reported its financial results for 2014, including an improvement in sales, profit after tax, cement prices and volumes.