In a press release, the New Zealand First party has warned of the dangers of using substandard cement imports.

"We have been informed that some concrete will crumble and weaken over time if a too highly alkaline cement is used," said New Zealand First Leader Rt Hon Winston Peters. He expresses concern that overseas cement producers will not regulate the alkaline content of their cement.

"New Zealand First calls on Building and Construction Minister Nick Smith to reassure New Zealanders that all imported cement will be required to meet strict standards.

"The Minister must consider if it is time to rethink the industry's self-imposed specifications, particularly if more and more cement is being imported.

"Where the strength of our buildings is concerned there is no place in New Zealand for cutting red tape, which the Minister spoke about recently in talking about shoddy builders.

He adds: "The potential detrimental reaction from some imported cement was discovered in the 1940s during dam construction. Some cements, when combined with local volcanic aggregates, caused an alkali silica reaction, which meant the concrete would have a much shorter lifespan.

"In announcing moves to clamp down on shoddy builders, the Minister said there could be a temptation to cut corners with so much construction under way in the Christchurch Rebuild.

"We urge the Minister to ask questions around imported cement and put the appropriate guidelines in place," says Mr Peters.

This concern follows Holcim’s announcement that once its import terminals are in place, domestic cement production will cease and cement will be brought in from its operations overseas. New Zealand still has Golden Bay Cement, which has no plans to halt cement manufacturing operations in the country.

Read the article online at: https://www.worldcement.com/asia-pacific-rim/16072014/new_zealand_first_queries_quality_of_cement_imports_97/ 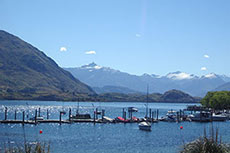 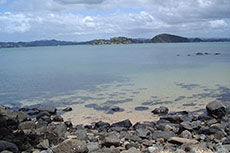 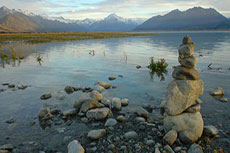 The Perry Group has confirmed its plans to construct a NZ$25 million cement plant at Te Kumi, expanding on its partnership with Ravensdown Fertilizer for a long-standing supply of limestone.