Sir Michael Bear, Special Envoy for Sustainable Urbanisation to China, officially launched BRE China at a ceremony in the city of Shenzhen, which was attended by key figureheads in the Chinese built environment.

This new venture is a natural progression for UK based building science centre BRE, which has been working on multiple projects in the country for several years. These include: the creation of an Innovation Park in Gu’ian, the sustainable development of the international shipping centre marina project in Shanghai and a joint built environment research partnership with China’s top university Tsinghua and developer Evergrande.

BRE’s flagship buildings and communities sustainability standard BREEAM has also been applied to several key developments across the country.Sir Michael said ‘I’m delighted to be here today to participate in the opening of BRE China - it represents a very important development in our UK China bi-lateral trade relationship which is currently in ‘a golden era’. Mutual benefit is at the heart of our relations - we focus on bringing the best of China to the UK and the best of the UK to China – BRE is a very tangible example of this, I look forward to seeing it progress.’

Based in the new Qianhai District of Shenzhen City, BRE China will initially be located in the headquarters of the Shenzen municipal government. BRE has been working with the city’s leaders to help them realise their ambition of making Shenzhen the most sustainable Tier 1 city in China.

President of BRE China Jaya Skandamoorthy said ‘Developing green, low carbon buildings and infrastructure is at the heart of China’s 13th Five Year Plan and its New Urbanisation Plan. BRE China’s mission is to support the delivery of this plan with a range of collaborative initiatives and development programmes on research, training and standards’.

Speaking at the launch the Shenzhen government’s Head of Department for Housing Construction Bureau Mr Yang Shengjun said ‘BRE is one of the world’s leading building science centres so we are very pleased they have established their China headquarters in Shenzhen city. We signed a collaborative agreement with BRE in 2014 and will continue to support them to grow their business base here and across China. We would also like to welcome many more leading UK companies to come here and be part of the growing green building industry and innovation movement that Shenzhen is leading.'

Also speaking at the launch Niall Trafford, Chief Operating Officer of BRE and Chairman of BRE China said ‘The seeds for creating BRE China were sown during the visit of Chinese Premier Li-Keqiang to our Innovation Park in 2011. He asked us to share the knowledge we’ve gathered over the past decades on sustainable development and collaborate more with Chinese partners. We look forward developing new Chinese partnerships that will help us continue with our mission to Build a better world together’.

Read the article online at: https://www.worldcement.com/asia-pacific-rim/04042016/bre-china-officially-launched-813/ 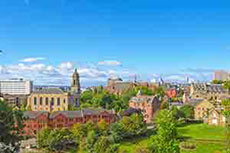 Tarmac’s Cement and Lime business has been awarded an ‘Excellent’ rating under BES 6001.

MPA The Concrete Centre explains how, because of concrete’s inherent material properties, it can be used to minimise fire risk for the lowest initial cost while requiring the least in terms of ongoing maintenance. 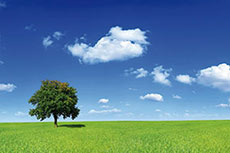 DNV GL will work alongside project partner Parsons Brinckerhoff to run a series of workshops across eight industry sectors, including cement, to develop Industrial Decarbonisation Roadmaps.