According to the latest Bloomberg report, Dangote Cement has signalled that it may ease the pace of adding new capacity amid foreign exchange constraints in its home market of Nigeria. This news comes as Africa’s largest cement producer reported a decline in first-half profit.

While the company remains committed to its ambitious growth plans, the company is taking a more measured approach to the roll-out of new capacity across Africa. That could mean extending the time set aside to complete the projects.

Dangote Cement has more than doubled production capacity since 2013 and announced in April that it may increase cement capacity by a further 77% by the end of 2019. Foreign-exchange constraints in Nigeria have prompted the company to reconsider the pace of its expansion and it now believes a five-year building program is more appropriate.

Earnings in the period were affected by lower selling prices, higher fuel costs and the lower efficiency of new plants still in start-up phases.

Cement sales volumes in the period rose 60%, bolstered by record volumes in Nigeria, where the company announced a price cut last September.

Elsewhere on the continent, Dangote has increased market share in countries including Cameroon and Ethiopia and plans to begin operations at a new Republic of Congo plant in October.

Read the article online at: https://www.worldcement.com/africa-middle-east/29072016/dangote-ease-pace-capacity-expansion-24/

Dangote Cement cut prices on its 32.5-grade and 42.5-grade cement last week and has promised to make sure the reduction is passed along to consumers.

Loesche has been contracted to supply grinding technology for Dangote Cement’s Menagasha plant in Ethiopia. 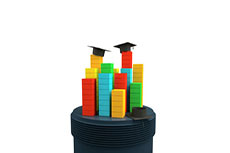 Expecting to single-handedly surpass Nigeria’s entire 17 million tpa cement need before the end of next year, the Dangote Group reports that its capitalisation has reached US$15 billion.