Sinoma has confirmed that the 10 000 tpd cement plant in the UAE owned by Arkan Building Materials Company (ABMC) has received its final acceptance certificate.

The contract was initially signed in March 2006, but was delayed first by changes of site location by the project owner, then by an earthquake in China that affected the facilities of engineering company CDI, and later by infrastructure difficulties around the project site. Performance tests for the project were carried out at the end of 2014 and a provisional acceptance certificate was obtained in February 2014.

Read the article online at: https://www.worldcement.com/africa-middle-east/23042015/abmc-project-gains-final-acceptance-certificate-737/ 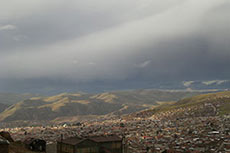 The 6000 tpd line was contracted to Sinoma Nanjing, who reports that ignition and production were successfully achieved in mid-August.