Javier de Benito, Area Manager for Africa Middle East and a member of Holcim Ltd’s Senior Management, will be leaving as of 1 January 2015 to pursue challenges outside of the group. Dominique Drouet has been selected to take up the role upon Benito’s departure. Drouet will perform the new responsibilities on top of his current position as CEO of Holcim Morocco. Drouet initially joined the Group as CEO of Holcim Outre Mer in 1994 before becoming CEO of Holcim Lebanon in 1999. He was appointed as CEO of Holcim Morocco in 2004.

Read the article online at: https://www.worldcement.com/africa-middle-east/19112014/personnel-news-holcim-and-atlas-copco-879/ 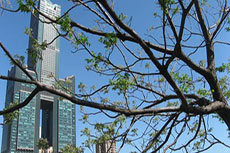 During today’s Investor and Analyst Day 2014, Holcim will announce details on the future development of the Holcim Leadership Journey, as well as 2015 guidance.

The Atlas Copco Group (Atlas Copco AB) has announced that it has been included in the United Nations Global Compact 100 Stock Index.

Urs Bleisch has been nominated to join the Holcim Executive Committee and Alain Bourguignon has been seconded to the joint Divestment Committee that has been set up to deal with the proposed asset disposals following the announcement of the LafargeHolcim merger.