Ohorongo Cement has donated a ‘fire-fighter’ to farmers of the Otavi Farmer’s Association, to support in fire-fighting activities on their farmlands. The handover took place on Farm Tirol on 13 April, with farmers gathering to watch the activities of Umuriro Biomass Investments, which produces woodchips for Ohorongo Cement.

Mr. Wilhelm ‘Eule’ Diemer received the ‘fire-fighter’ in his capacity ad the community’s chief fireman. The ‘fire-fighter’ is very specialised and has a special pump system at the back, specifically designed to make it easier to extinguish veld fires.

“Otavi and its communities are part of the region in which Ohorongo Cement operates, and it isimportant to us to contribute or assist where we can,” said Tobias Konzmann, General Managerof Energy For Future (sister company of Ohorongo Cement).

“We are hoping that the donation of a fire-fighter will assist the farmers to ensure that their veryvaluable grasslands are protected from veld fires. If there is no vegetation for the animals tograze on, it places an additional financial strain on farmers, who would otherwise have topurchase fodder for their livestock,” said Mr. Konzmann.

Mr Diemer said that they would use the fire-fighter to provide water to the teams controlling veld fires, especially around Etosha National Park, on the northern and eastern borders.

“This donation is most welcome, and we can assure you it will be put to good use. It is great to see the special relationship that has formed between Ohorongo Cement and our members,” said Mr. Diemer.

Read the article online at: https://www.worldcement.com/africa-middle-east/18042016/ohorongo-donates-fire-fighter-918/

The OOCT has donated 12 bicycles to the Otjozondjupa Regional Police. 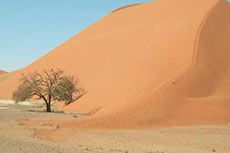 The escalating demand for low cost housing in Namibia has reached a crisis point and requires urgent assistance. 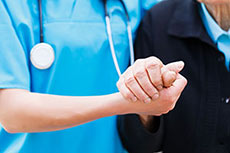 The OOCT has donated medical equipment to Opuwo District Hospital.