Dangote Industries Limited has signed a deal with the government of Zambia to build a new cement plant, worth approximately US$400 million. The proposed plant is due to be completed in mid-2013, with a capacity of 1.5 million tpa, and represents the company’s largest investment outside of mining.

Alhaji Aliko Dangote, president of the Dangote Group, said the company spent approximately nine months negotiating the contract. He explained Dangote’s strategic choice of investment was down to Zambia’s position as one of the world’s fastest economically reforming countries. Zambia’s high level of urbanisation creates a demand for infrastructure, that Dangote said is challenging the government.

‘It is in this light that we have decided to invest in Zambia’, he explained. ‘We are motivated to create an African success story because we believe that entrepreneurship holds the key to the future economic growth of the continent. We are spurred on by the fact that the rate of return on foreign investment is higher in Africa than in any other developing region.’

Dangote currently has cement plants in a number of African countries including Nigeria, South Africa and Benin, and has plans to establish plants and important terminals in Cameroon, Ghana, Ethiopia and the Ivory Coast.

Read the article online at: https://www.worldcement.com/africa-middle-east/14122010/dangote_attains_us$400_million_investment_in_zambia/

Africa’s biggest producer of building materials is reported to be looking to raise US$5 billion in a London sale of global depositary receipts. 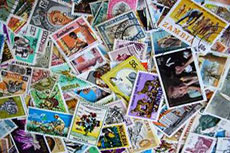 Dangote Cement, Nigeria, has announced plans to increase its capacity by more than five times by 2015.