Cimentos de Moçambique, Cimpor’s brand in the Mozambican market, has just been awarded the Best Brand of 2011 prize in the Industrial category of the Best Brands of Mozambique 2011 survey.

The survey, which was carried out by DDB and Intercampus/GfK, analysed 32 business sectors through extensive research involving 12 235 interviews in 11 provincial capitals of Mozambique, assessing emotional and rational appreciation as well as trends in the behaviour of individuals in relation to each brand.

The 11 indicators used for this survey to establish the best brands were: uniqueness, quality, identification, empathy, confidence, feeling absence, recommendation, loyalty, intention to use, and valuation.

According to the Consolidated Financial Report for the first nine months of 2011, Cimpor in Mozambique posted notable business growth, as a result of the investment and operational improvement programme underway.

Between January and September 2011, Cimpor’s turnover in Mozambique totalled €81.1 million, which was a rise of 23.6% against the same period of the previous year. In the first 9 months of 2011 sale of cement and clinker totalled a new record of 702 000 t, rising 7.8%. As a result of the sharp improvement in industrial performance at the end of the third quarter of the year Cimpor’s EBITDA in Mozambique raised by almost 85% against the same period of 2010.

Read the article online at: https://www.worldcement.com/africa-middle-east/12122011/cimpor_receives_best_brand_award_in_mozambique/ 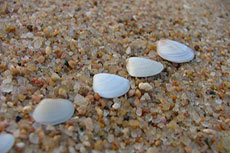 A successful joint venture in South Africa has led to the construction of a fourth flyash silo for the cement manufacturer.

Cimpor is to build an integrated clinker and cement plant in South Brazil. The plant, which is scheduled to start production in early 2014, will have a production capacity of 1.2 million tpa of cement.

Two new cement plants are about to begin operations, promising cement production in Mozambique to reach 4 million tpa by 2013.