Eric Olsen, CEO of LafargeHolcim said: “With these results, we are demonstrating that our focus on pricing, synergies and cash flow is delivering results. Our earnings momentum is accelerating and we are on track to achieve our commitments for 2016, resulting in a year of solid progress towards our 2018 objectives. 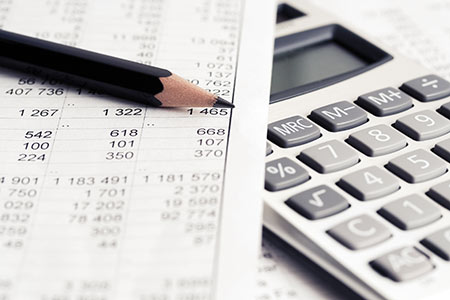 “These results demonstrate the strength of our balanced portfolio with solid contributions from both mature and emerging countries across our regions. As we anticipated, challenging conditions in Nigeria continued to impact our earnings, but we started to see the positive effects of higher prices and of our actions to diversify our fuel mix towards the end of the quarter.

“Beyond the benefits from the divestment program, we continue to focus on reducing net debt and driving strong cash flow generation.”

The company expect demand in markets to grow at between 1-3% for the full year. Pricing recovery actions, commercial excellence initiatives and a continuing focus on growth will demonstrate tangible results in 2016.

Based on the trends seen, full year expectations remain unchanged, except for synergies where LafargeHolcim now expect to deliver at least CHF 550 million of incremental synergies in 2016.

The company is committed to maintaining a solid investment grade rating and commensurate to this rating, returning excess cash to shareholders. The company confirm their commitment to the 2018 targets announced in November 2015 and will provide an update at the Capital Markets Day presentation in London on 18 November 2016.

Solid growth in the third quarter came from both emerging and mature markets with several countries delivering increased Adjusted Operating EBITDA. The Philippines, the US, Mexico, Argentina, Egypt and Algeria were among the significant contributors as cost discipline, synergies and widespread implementation of the pricing strategy continued to drive positive results. China showed further signs of the recovery seen in the second quarter while India grew Adjusted Operating EBITDA despite the slowing effect of a longer and more intense monsoon season compared to last year, which bodes well for coming quarters.

A few markets continue to be challenging. The economy in Brazil remains difficult for the construction sector while Indonesia and Malaysia were affected by market overcapacity and tough competitive environments. Decisive steps have been taken to reduce costs in Brazil while in Indonesia and Malaysia actions to improve competitiveness and performance are being implemented. Measures to increase fuel flexibility in Nigeria following disruptions to gas supplies in the first half, combined with actions to reduce costs, are beginning to have a beneficial effect. However, Nigeria again had a significant impact on Group earnings in the quarter; excluding Nigeria, growth in Adjusted Operating EBITDA for the Group would have been 15%.

Globally, cement sales volumes in Q3 reduced by 4% year-on-year on a like-for-like basis. Notably, this was impacted by short term declines in Nigeria, as a result of gas supply interruptions, and India, affected by the extended monsoon period. Excluding Nigeria and India, volumes were down 2% on the back of lower demand in the US, non-recurring volume gains in Mexico in the prior year and continuing challenging conditions in Brazil and Indonesia.

Cement prices were slightly higher on a sequential basis in the third quarter and were up for Q3 at constant exchange rates compared to the same period last year.

Synergies contributed CHF 183 million in Q3. As a result, at the end of the third quarter the 2016 synergies target of CHF 450 million had been achieved. The Group now expects to deliver full year incremental synergies of at least CHF 550 million.

On a like-for-like basis, Operating Free Cash Flow improved by CHF 1 billion year-on-year. It stands at CHF 317 million after nine months, impacted by the traditional seasonality of the working capital. The closing of divestments in Sri Lanka and Saudi Arabia and the deconsolidation of Morocco and Ivory Coast contributed CHF 795 million in cash proceeds in Q3.

Read the article online at: https://www.worldcement.com/africa-middle-east/04112016/lafargeholcims-q3-2016-report/

Holcim US, the leader in sustainable building solutions, has announced plans to unite its legacy brands in the Mid-Atlantic region.