According to reports in the local press, Angola will restrict imports of cement in 2014. As per the Executive Decree No. 15/14 – Ministry of the Economy, Industry, Commerce and Construction, the restriction on cement imports will be implemented in phases throughout the year. There are certain exceptions, such as the import of specialty cements and the sale of imported cement in areas along Angola’s borders. Turnkey projects that have already signed contracts for cement supply will also receive certain exemptions, with the aim of utilising 70% imported cement and 30% Angolan cement. The country’s cement association (Associação da Indústria Cimenteira de Angola – AICA) will be responsible for production quotas and for guaranteeing a regular and sustainable supply of quality cement to the market for use in civil construction and public works.

According to Expansão, the regulations should not have too much of an impact on the national market as Angola currently has a cement production capacity of 8 million tpa while local demand is estimated at just 6.5 million tpa. Around 2.5 – 3 million t of cement was imported into Angola in 2013. Investments in Angola’s cement industry are leading to increases in the domestic sector’s installed capacity. The new restrictions are seen as a means of curbing overcapacity and regulating the cement market in the long-term.

Details of the Executive Decree can be found here (Portuguese).

Read the article online at: https://www.worldcement.com/africa-middle-east/04022014/angola_to_restrict_cement_imports_691/ 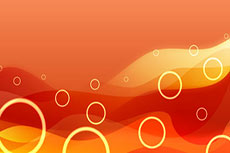 IA Cement Ltd outlines its expectations of cement sector growth in Asia and Africa in this abridged article from the January 2014 issue of World Cement.

Cimpor plans to optimise its Portuguese cement facilities for export production in a bid to mitigate declining domestic demand.