East African Portland Cement Company (EAPCC) has reported its results for the six months ended December, which show the impact of a maintenance shutdown of its packing and clinker production units, during which the company had to purchase clinker from elsewhere. The Kenyan company reported a loss of KES124 million compared to a profit of KES171 million in the same period of the previous year. Total revenues were down 9.6% and the cost of sales increased 8%, while sales volumes fell 7%. A price reduction of 5% also had an impact on sales revenue.

The plant refurbishment has now been completed and a new product line is due to be launched in the second half of the year. The company is also building a new packing line, which is due to be commissioned in 2H15.

Read the article online at: https://www.worldcement.com/africa-middle-east/02032015/eapcc-results-dampened-by-maintenance-work-433/

Savannah Cement has confirmed plans to invest more than KES18 billion in the installation of a second milling plant near Kitengela town, Kenya.

The company is investing KES1 billion in an upgrade project on its kiln line and packing plant. 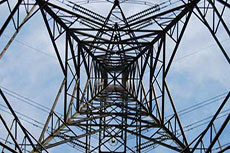 East Africa Portland Cement Company (EAPCC) is planning to set up a KES800 million power generation plant in Kenya. The unit will run on waste gases generated by its Athi River cement facility.