The USGS’ Mineral Commodities Summary 2012, which includes a report on the US cement industry, has now been published. In 2011, around 66 million t portland cement and 1.8 million t masonry cement were produced at 103 plants across 35 states. The top states for cement production were Texas, California, Missouri, Florida, Pennsylvania, Michigan and Alabama, accounting for 53% of production in the country. Although production levels increased in 2011, figures remained below the 90 million tpa levels of 2002 – 2007.

Sales reached US$6.6 billion in 2011. The report indicates that sales volumes were an improvement on 2010 whilst failing to achieve the heights of the pre-recession years, remaining 57 million t below 2005 levels. Unlike the slight increase in sales and production output, imports continued to fall.

According to the report, construction spending remained low due to factors such as tight credit, high unemployment rates and a depressed housing market. Although one new plant was opened in 2011, others remained idle and the majority of multikiln plants were only operating a single kiln.

The full report can be found at: http://minerals.usgs.gov/minerals/pubs/commodity/cement/

Read the article online at: https://www.worldcement.com/the-americas/31012012/us_cement_statistics_from_the_usgs/

The USGS has released its figures for cement production, consumption and shipments in July 2011. 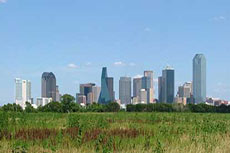 The US Geological Survey has issued its report providing monthly data on the shipments of cement to final customers, and the production of clinker, in the US from January - June 2011.

Ed Sullivan, Portland Cement Association, USA, provides an overview of projections for the US economic recovery and its impact on the construction industry.