According to researchers at Rice University, the Massachusetts Institute of Technology (MIT) and Marseille University, concrete can be better and more environmentally friendly by paying attention to its atomic structure. Scientists from the three organisations have created computational models to help the concrete industry fine-tune mixes for general applications.

The annual worldwide production of more than 20 billion t of concrete contributes 5 –10% of carbon dioxide to the atmosphere, making the industry the third largest source of CO2 emissions in the world (behind transportation and energy).

Rouzbeh Shahsavari, Assistant Professor of Civil and Environmental Engineering at Rice University, said that there are benefits to be gained for the environment and for construction by optimising the concrete manufacturing process: “The heart of concrete is C-S-H – that’s calcium, silicate and hydrate (water). There are impurities, but C-S-H is the key binder that holds everything together, so that’s what we focused on. In a nutshell, we tried to decode the phases of C-S-H across different chemistries, thereby improving the mechanical properties of concrete in a material way.”

The study, which was supported by the Concrete Sustainability Hub at MIT, the Portland Cement Association and the National Ready Mixed Concrete Association Research and Education Foundation, involved the analysis of defect attributes for concrete, Shahsavari continued. One was in the ratio of calcium to silicon (the basic elements of concrete) and another looked at the topology of atomic-level structures, particularly the location of defects and the bonds between medium-range calcium and oxygen or silicon and oxygen atoms (atoms that are not directly connected but still influence each other). The combination of these defects gives concrete its properties. 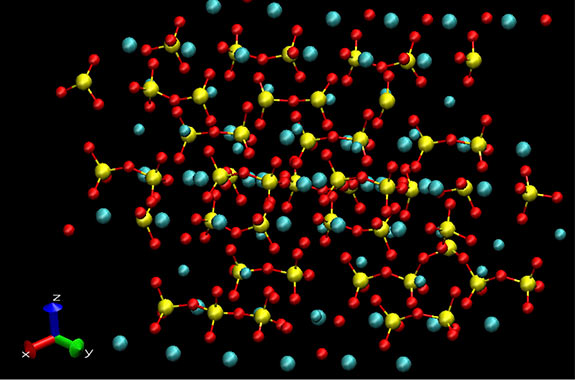 “C-S-H is one of the most complex structured gels in nature, and the topology changes with different chemistries, from highly ordered layers to something like glass, which is highly disordered,” Shahsavari noted. “This time, we came up with a comprehensive framework to decode it, a kind of genome for cement.”

During the study, the team examined defects in approximately 150 mixtures of C-S-H to see how the molecules lined up and how their regimentation or randomness affected the product’s strength and ductility. “For strength, a lower calcium content is ideal,” Shahsavari said. “You get the same strength with less material, and because calcium is associated with the energy-intensive components of concrete, you use less rebar and you save energy in transporting the raw material. Also, it’s more environmentally friendly because you put less carbon dioxide into the atmosphere.”

Alternately, a higher ratio of calcium provides more fracture toughness, which may be better suited for buildings and bridges that need to give a little due to various weather conditions or natural forces such as earthquakes, or well cement subjected to downhole pressure or temperature variation.

“This is the first time we’ve been able to see new degrees of freedom in the formation of concrete based on the molecular topology,” Shahsavari continued. “We learned that at any given calcium/silicon ratio, there may be 10 to 20 different molecular shapes, and each has a distinct mechanical property. This will open up enormous opportunities for researchers to optimise concrete from the molecular level up for certain applications. There has been a lot of work in metals and semiconductors, but understanding how defects work in cement was far from obvious, and there was pretty much no basic work done at this level. So, I would say, this is perhaps one of the most important discoveries in cement science this century,” Shahsavari concluded.

The open-access study can be viewed online via Nature Communications.

Read the article online at: https://www.worldcement.com/the-americas/30092014/the-study-of-concretes-atomic-structure-could-improve-its-mechanical-properties-576/

ASTM International has proposed a new standard to test the potential performance of the new, wider ranger of materials being used in concrete production. 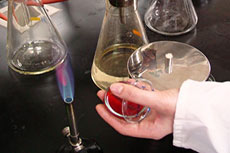 The MIT Concrete Sustainability Hub has received US$10 million in funding to support concrete research by interdisciplinary investigators from several MIT departments.

The first Health Product Declaration for any concrete product in North America has been issued.