On 21 March, Congress passed a short-term patch extending the Federal Aviation Administration’s (FAA’s) policy and tax authority until 15 July, in order to keep FAA functioning during the height of heavy spring travel. It was due to expire on 31 March.

NSSGA has been supportive of robustly funding the Airport Improvement Program to make essential upgrades to airport infrastructure in the US. The aggregates industry provides the essential building materials for runways, taxiways and aprons.

The US Senate Commerce, Science and Transportation Committee passed PAA authorisation legislation that authorises FAA programmes until September 2017. The bill caps the passenger facility charge (PFC) that airports can levy for airport improvement at US$4.50 per passenger. The committee included language to authorise an additional US$400 million in annual funding for the Airport Improvement Programme (AIP). The programme would receive US$3.75 billion in fiscal year 2017, an increase of 12% over enacted levels for this year.

“This bill benefits Americans who fly and even those who don’t,” Thune said. “The U.S. Senate has an opportunity to make our skies safer, promote responsible drone usage, make economically significant aerospace manufacturing reforms and adopt beneficial new protections for the flying public.” The measure will be brought to the Senate floor in April.

Now both chambers have three months to agree to a long-term bill or punt again.

Read the article online at: https://www.worldcement.com/the-americas/29032016/congress-pass-short-term-faa-bill-775/

Hal Williford has become the Chairman of the NSSGA’s Board and will hold the position through the association’s next Annual Convention.

Registration for the annual Transportation Construction Coalition (TCC) Fly-In, taking place on 10 – 11 May, is now open. 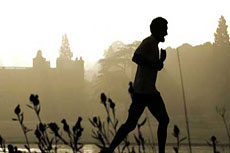