The Cement Association of Canada (CAC) has welcomed the Quebec government's efforts to achieve the target of reducing emissions of greenhouse gas proposed for 2030. However, the CAC wants a commitment of formal support to the industry of cement and concrete in its efforts to help achieve these goals and maintain its competitiveness. The measures advocated by the CAC would allow annual savings of around 1 million t of green house gases (GHGs).

CAC member companies have invested hundreds of millions of dollars in recent years. These efforts have contributed to an increase in energy efficiency of 21% and a reduction in the intensity of over 13% GHG across Canada between 1990 and 2013.

In addition, the Cement Association of Canada has proposed that the Quebec government formally recognised the merits of the use of alternative fuels in industry.

Finally, CAC reported an unsung benefit of using concrete as a material for pavements. More than fifteen scientific studies show that vehicles consume less fuel while driving on concrete roads. More recent studies by the Massachusetts Institute of Technology (MIT) revealed a fuel saving of around 3%. In Quebec, the fuel economy could represent annually more than 800 000 t of greenhouse gases that would not be emitted by road transport.

Read the article online at: https://www.worldcement.com/the-americas/28102015/reduction-ghg-emissions-qu%C3%A9bec-861/ 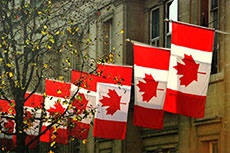 The CAC calls the decision to allow the construction of taller buildings from wood ‘questionable’. 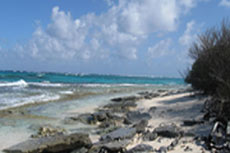 In Jamaica, local media is reporting that Canadian company Cemcorp plans to build a 1.5 million tpa cement plant in St Catherine at an investment of US$340 million.