The US National Stone, Sand & Gravel Association (NSSGA) has recognised a number of CEMEX USA facilities for environmental and safety excellence, including two operations that earned the 2017 Environmental Excellence Gold Award. 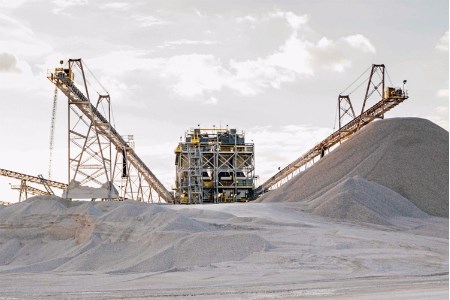 “Respecting the environment and living up to high safety standards are two principles CEMEX follows everyday, said CEMEX USA President, Ignacio Madridejos. “These facilities serve as shining examples in the industry and make us very proud.”

Silver Awards were received by the 474 Sand mine and SCL Quarry, while nine other CEMEX facilities received the Bronze Award.

The awards were presented at the NSSGA’s Legislative and Policy Forum/Fall Board Meeting in Washington DC. Presented annually, the awards recognise aggregate operations for commitment to safety and safe environmental practices.

Read the article online at: https://www.worldcement.com/the-americas/27092017/cemex-usa-recognised-for-environmental-and-safety-performance/